Expest will provide a complete inspection of your home, identify the species of bat, nesting spots, entry points, and make recommendations for exclusion to permanently keep them from entering your home again. 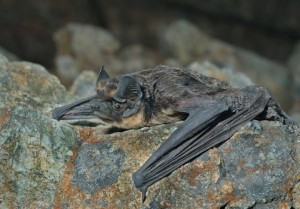 Bats are a valuable part of Georgia’s ecosystem. They provide a beneficial service by foraging on flying insects, many of which are pests. A single bat can eat hundreds of mosquitoes in one hour or about half its own body weight in one night. They also eat large numbers of moths and beetles that cause agricultural damage.

Caves and large dead trees with slabs of loose bark and hollowed centers provided shelter for roosting. Also, bats sometimes choose to roost in buildings or homes. If bats become a nuisance by roosting in a building where they are not wanted, the best method for resolving the problem is to install an excluder. An excluder is simply a one-way door that allows the bats to exit but not re-enter. Once all the bats are out, the hole can be repaired. Exclusions should not be conducted when young, flightless bats are present, which typically would be during the period from May 1 to August 15. Like many mammals, bats can become infected with rabies. Use caution when near bats and try not to touch or harass them, especially those that appear to be sick or behaving abnormally.

In nature, bats pose little threat to humans. However, bats will bite when first captured and handled or if trapped inside. Resident species of bats in the United States are capable of being infected with rabies, but the incidence of rabies is the same as in other mammals. Bat guano is extremely dangerous to your health and could be fatal if bats continue to live inside your home.

These are sometimes called Mouse-eared Bats. The genus name Myotis is derived from two Greek words, mys (mouse) and otis (ear), referring to the long, pointed, leaf-like projection that arises from the inside of the ear in this genus of bats.

Size: This group of small to medium-sized bats ranges from 3.1 – 3.7 in. in total length.
Color: Dark yellowish or grayish brown to gray, depending on species.
Other things to look for: The tragus, a projection which extends from the base of the inside of the external ear, is long and pointed rather than blunt and rounded. All of the Mouse-eared Bats have simple unmodified snouts, and a tail that reaches the end of the membrane from the hind legs. This membrane is never thickly furred. Many of the Mouse-eared Bat species are difficult to tell apart from one another, even in a museum.

Breeding generally takes place in late autumn, and 1 – 2 young (depending on the species) are born in May or June of the following spring. In some species, females gather together to form a “maternity colony” of up to several hundred individuals, and remain together until August or September when the young are able to fend for themselves. The young are able to fly within 3 – 5 weeks after birth. Sexual maturity is reached in 1 – 2 years, depending on species

The Mouse-eared Bats use many different sites for summer roosts, including caves, old mine shafts, buildings, hollow trees, the area beneath sheets of loose tree bark, rock crevices, and cliff faces. Some species are very particular about their roosting site and use only one or two kinds of summer roosts. To hibernate they may travel as far as 300 miles to their winter roost, which is usually a cave or abandoned mine shaft. In the southern portions of its range, a Mouse-eared Bat may remain active all year, depending on species. Members of the genus usually feed over water or forests adjacent to water. Some species may travel as far as 15 miles on foraging flights. Their diet is composed mostly of mayflies, midges, flies, moths, beetles, and mosquitos. The Little Brown Myotis can live for 30 years. This is the longest life span known for a bat. As in all bats, members of this genus use echolocation to find food and to avoid collisions with obstacles.

The most serious health risks arise from disease organisms that can grow in the nutrient-rich accumulations of droppings and debris under a roost particularly if roosts have been active for years. External parasites also may become a problem when bats leave roosts. The parasites then can invade buildings and bite people.

Histoplasmosis is caused by a fungus that can affect both humans and animals. The disease is transmitted to humans by airborne fungus spores from soil contaminated by the droppings of birds and bats. The soil under a roost usually has to have been enriched by droppings for two years or more for the disease organism to reach significant levels. Although almost always associated with soil, the fungus has been found in droppings (particularly from bats) alone, such as in an attic.

Infection occurs when spores, carried by the air are inhaled especially after a roost has been disturbed. Most infections are mild and produce either no symptoms or a minor influenza- like illness. On occasion, the disease can cause high fever, blood abnormalities, pneumonia and even death. The National Institutes of Health (NIH) has reported a potentially blinding eye condition presumed ocular histoplasmosis syndrome (OHS) that probably results from the fungus. NIH estimates that 4 percent of those exposed to the disease are at risk of developing OHS.

Rabies is a dangerous, fatal disease, but only about 5 percent of bats submitted for testing are infected with the rabies virus. In recent years, there has been increased concern about the risk of rabies transmission following contact with bats. If an injured or ill bat is found in or around a structure, it should be removed by a professional, because most bats will try to bite when handled.

Ticks, mites and other parasites

Bat roosts can harbor parasites that may invade buildings. Although these parasites can bite and irritate, they are unlikely to transmit diseases to humans. The northern fowl mite and chicken mite are usually the main culprits. Other parasites that may cause problems inside buildings include the pigeon nest bug and the bat bug (both related to the beg bug), soft ticks, biting lice and the pigeon fly. Although most parasites associated with bird or bat roosts die quickly after the birds or bats leave, some may live for several weeks.

Droppings under a roosting area can breed flies, carpet beetles and other insects that may become major problems in the immediate area. These pests may fly through open windows or crawl through cracks to enter buildings. If bats are discouraged from roosting around buildings, most of the parasites associated with them will soon die. If the pests are a problem after bats have been excluded, the roost area may be treated with a residual insecticide by a pest management professional labeled for control of fleas, ticks, mites and similar pests.

During the removal and cleanup of bat droppings, workers should follow strict precautions to minimize risk from disease organisms in the droppings. 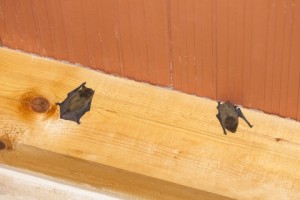 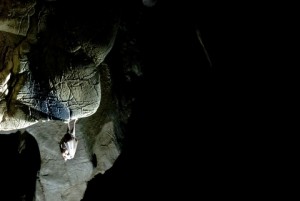 Also In This Section