In June a giant blob moving over Southern California was detected by weather radar. The blob was at first unidentifiable, but later turned out to be an enormous swarm of ladybugs. This ladybug ‘cloud’ was an amazing 80 miles wide and 80 miles long, flying at 5,000 to 9,000 feet.
Radar has become more sophisticated in recent years. Through ‘super resolution’ it can detect things that never would have shown up before. Among other things, in recent years radar detected a huge cloud of bugs flying over southern Illinois, southern Indiana, and western Kentucky. Recently bats were detected emerging from their colonies at dusk by the National Weather Service in San Antonio, Texas. In Ohio, “curious expanding doughnut patterns” turned out to be thousands of birds (martins) taking off from their roosting sites to forage for insects.

What will we see next?

Viruses from Bats are More Deadly 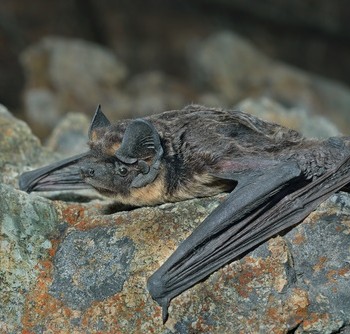